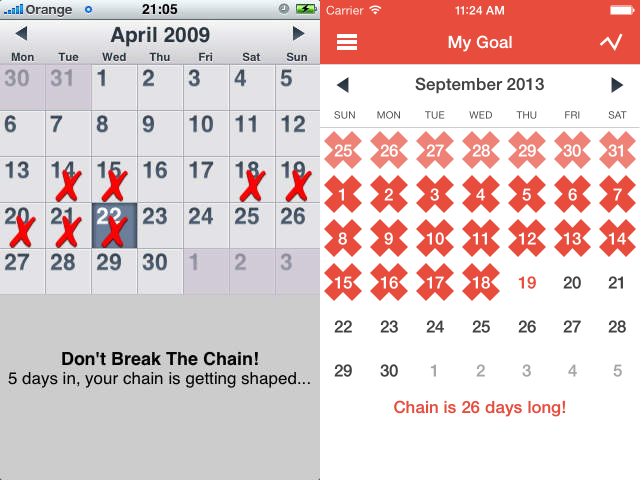 The Don't Break The Chain! app was updated with a more actual design. It is fun to see how design evolved under the last 4 years in the iOS ecosystem. At that time, I did like the original design but it just feels old and boring now. I wonder what it will look like in 4 years!

Under the hood, the core functionality didn't change but the interface was a complete rewrite using more modern tool such as cocoapods. I've kept the old sqlite code through even if it would be better with Core Data. Some additional functionality were added and multiple chain as well, although originally I did not want to do it as I think you should focus on one goal only. Time changes. Extra functionality are available via IAP which does indeed convert better than free/premium.

I thought a lot about which new functionality could be added to improve the commitment to building your chain. Reverse psychology or monetary intensive but didn't come up with anything worthwhile. If you have idea, do not hesitate to get in touch.